As a troubadour I sing and speak from the heart. Sad, fruitful, redeeming or happy stories, with hope and Good news. Selfpenned folksongs and pop-, folk- or gospelsongs from others, with fresh news from heaven. The journey as a troubadour began in the L’abricommunity in Eck en Wiel, but I try to make my home now almost everywhere. Solo, or with the band. I perform for instance in living rooms, churches, on the street, in prison, in the park, cafes, nursery homes and communities. In may 2013 the first album came out, ‘The Desert, The Dew & The Dawn’ on Go West Records. Produced by Rob Vermeulen and recorded in Studio West Hoogland. On the album you will find English rhythmic and fragile folksongs about fruitful land, joy, redemption and a girl with coloured pencils in her hair. The album was nominated for a Zilveren Duif Award, the Dutch version of the Dove Awards. ‘The Story of Saint Anonymous’, where I dived deep into black gospel, followed in 2016. In 2019 my third album came out, ‘FishLove’ , where I blend forró & samba with folkpop , with deep love songs about moving missionaries, merry mamas, hardworking farmers and about my lovely wife Ilse.

How it started: The Cherry Story

Once upon a time, in the ‘hooimaand’ july 2011, I was collecting cherries, while cycling to the L’abri community in the cosy and small town of Eck en Wiel (NL). The time was ripe for it. The red round treasures were on every corner. I thought bringing a small gift to the community would be a good thing to do. There was just enough space in my always open guitar bag. The cherries were well loved, but still, on the morning of the last day, after my first two spontaneous soloconcerts, in the cosy living room and a late night one in the garden, there were some of them left, although I couldn’t tell how many. The crazy idea of decorating each plate with one cherry seemed like a good one, so I started to spread. There were 34 guests at that moment, and 34 cherries left, so exactly enough! Robb, one of the people living there, saw it all. At the end of the prayer for the breakfast, he thanked ‘Mr. Cherryseed’ for the decoration on the plates. A new name was born. Later I found out my spontaneous action reminded him of Johnny Appleseed, an inspiring missionary and nurseryman from once upon a long time ago. But that’s another story.

And well, everybody has a story. It doesn’t matter if we want to say something about our misery, anger or heartache or about our joyous memories or hopeful dreams: at all times we want to share it with someone. Music is like a prayer: Music lets words, sentences and stories come up together with beautiful melodies and harmonies, sometimes right through the dissonants and lamentations. Like a musician once sang: “These prayers are the constant road across the wilderness, and the memory of God’. So how can I keep from singing? I guess it’s impossible, and I hope I’ll be able to share fruitful folk music and stories with you for a very long time.
If you wanna know more about my side projects and the theme concerts I give, just take a look here. Thanks for stopping by, and have a good day! 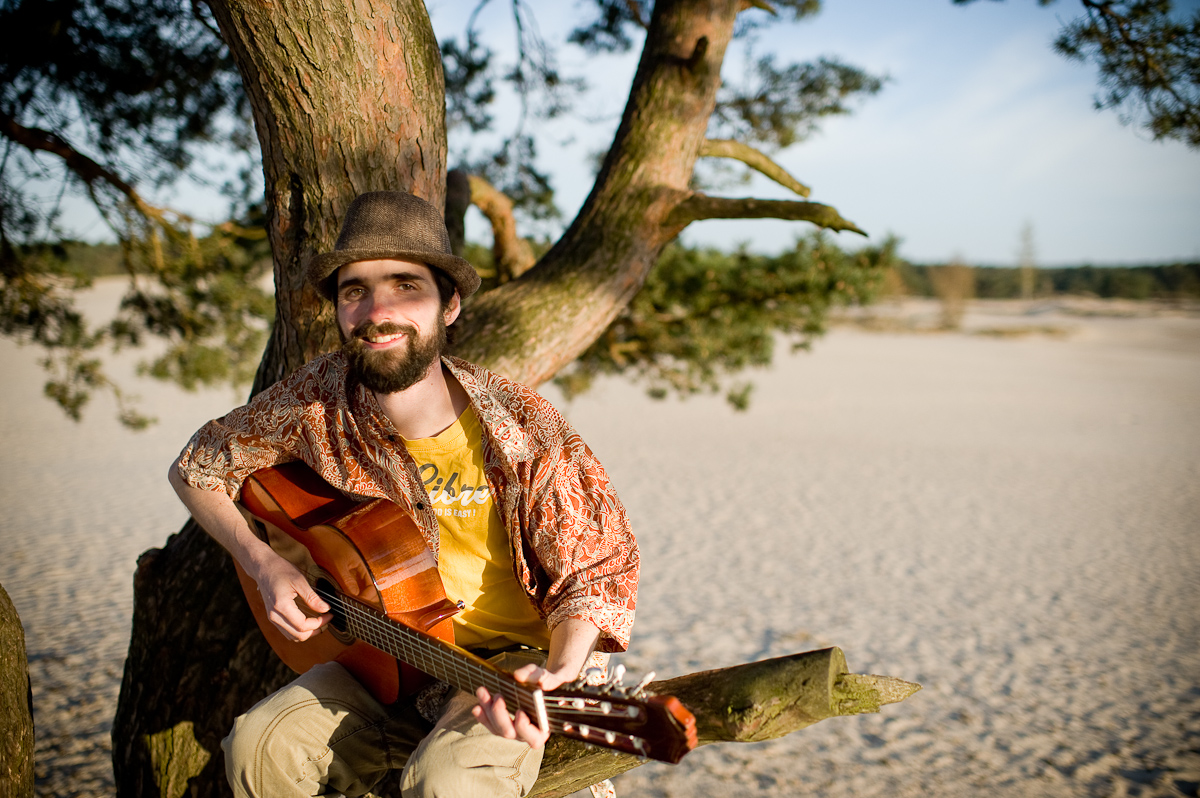